It was a crazy and very eventful Summer ’18 to say the least! While some people attributed all the weird and wild events to Mercury Retrograde, others claimed it was just the weather. Either way, #BrooklynGirlCode was there for every weird and wild news happening that occurred.

From the tragic news of Aretha Franklin’s passing to the craziest summer challenges (The Shiggy and Ray J Hat Challenge), we got it covered! Check out #BrooklynGirlCode’s biggest news stories of Summer 2018 below and let’s hope that the Fall 2018 season will  be a little less chaotic! 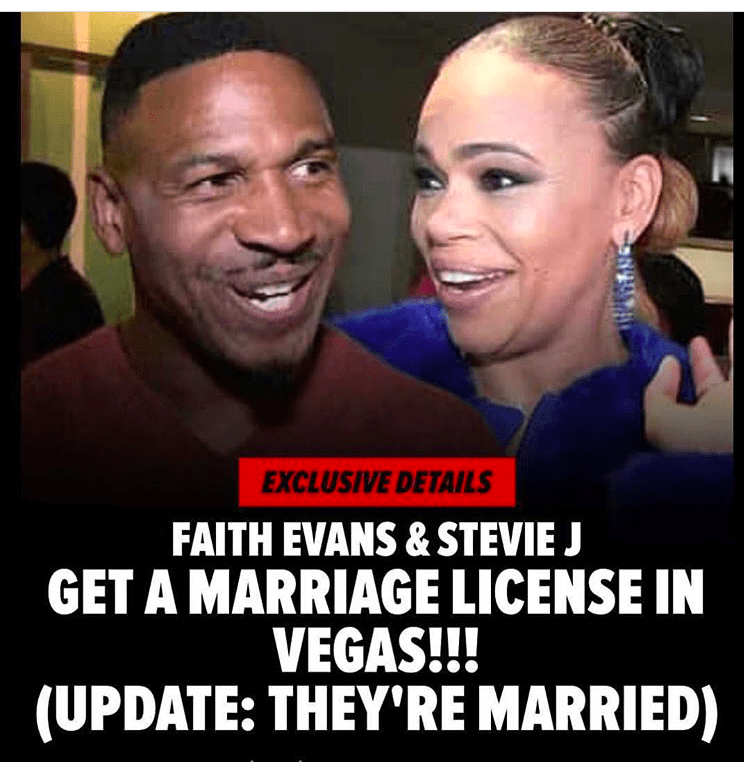 We think this one might’ve shocked us the most. After announcing their official marriage in Las Vegas earlier this summer, singer Faith Evans and producer Stevie J had everyone asking questions. Like, “Whaaaaat?” But if they are happy and in love then we are happy for them! We can expect to see Faith Evans appearing on several episodes of the upcoming season of Love &HipHop: Atlanta, as well. Congrats to the couple!

After having a big Hip-Hop battle with Drake earlier in the summer, Pusha T decided to put the diss tracks on hold and marry long time girlfriend Virginia Williams. Celebrities in attendance included Pharrell Williams, Kanye West, Kim Kardashian and his brother Malice who performed the nuptials. Sweet! ❤ 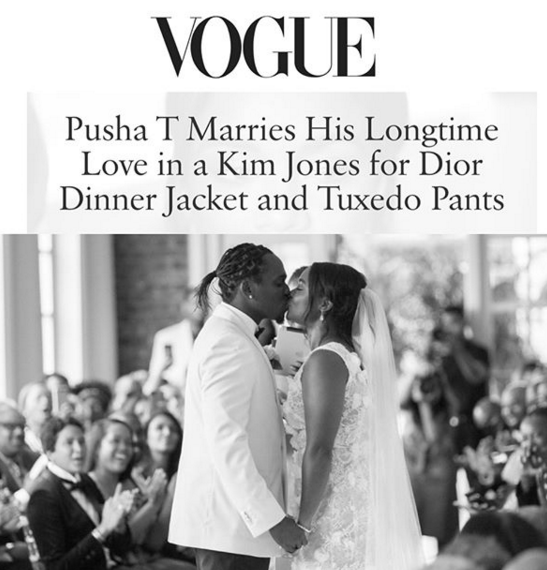 Atlanta rapper 2 Chainz decided to join in on the summer wedding trend and married his long time girlfriend Kesha Ward in a lavish ceremony in Miami, Florida on August 18th, 2018. Celebrity guests in attendance included Lil Wayne, Kanye West and his wife Kim Kardashian (again). Congrats to the lovely couple! 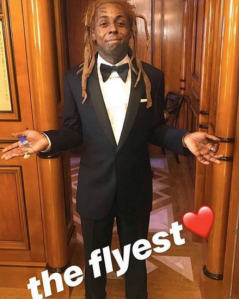 2Chainz and his mother dancing at his wedding in Miami, Florida on August 18th, 2018

When the temperature rises, you know what that means! People are heated and hands are going to get thrown! There were a few battles this summer, but we’re just going to go over the juiciest ones.

Cardi B and Nicki Minaj disappointed the “Upper Echelon Society” of New York City earlier this month by getting into a huge fight at the Harper’s Bazaar Icons party at the Plaza Hotel during New York Fashion Week. This was a long time coming with these two Hip-Hop Divas. So, #BrooklynGirlCode wasn’t surprised at all.

After surprising the industry with her sudden marriage to Stevie J, Faith Evans wanted to make some more headlines and decided to get into a fight with long time rival, hip-hop soul queen, Mary J Blige. Allegedly, the two got into it at a party in the Hamptons being thrown by music mogul Puff Daddy. Both ladies later denied the allegations.

In good news, after watching Cardi B and Nicki Minaj go at it in public, Meek Mill and Drake decided to end their little quarrel and make up on stage in front of their fans. Awwww!

Do the Shiggy! After a young popular blogger from Queens, New York made a dance video to Drake’s song, “In My Feelings” and posted it on Instagram, the whole world went nuts! Everyone was doing The Shiggy and Shiggy himself became an overnight celebrity!

Drake, “In My Feelings”

The Ray J Hat Challenge:  Actor/singer Ray J Norwood decided to get in on all the challenge fun and had everyone wearing their hat in different ways after a video of him sporting his cap all kinds of ways went viral.

When we found out earlier this summer that Lezley McSpadden (mother of Michael Brown) was running for Ferguson, Missouri City Council, we were overjoyed! After losing her son so tragically back in 2014, McSpadden decided to be apart of the movement to stop police violence and get involved in politics. We hope she wins!

Golf legend Tiger Woods came out of hiatus and shocked the masses by taking second place at the 2018 PGA Championships. Get ’em Tiger!

Colin Kaepernick made headlines when he partnered with Nike to promote his “Take a Knee” movement. Whether upset with Kaepernick or extremely happy for him, everyone was talking about it!

A young Naomi Osaka became the new U.S. Open Tennis 2018 champion, upsetting one of the greatest athletes of all time, Serena Williams. 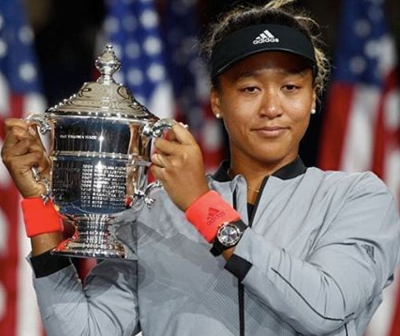 “The Queen of Soul” 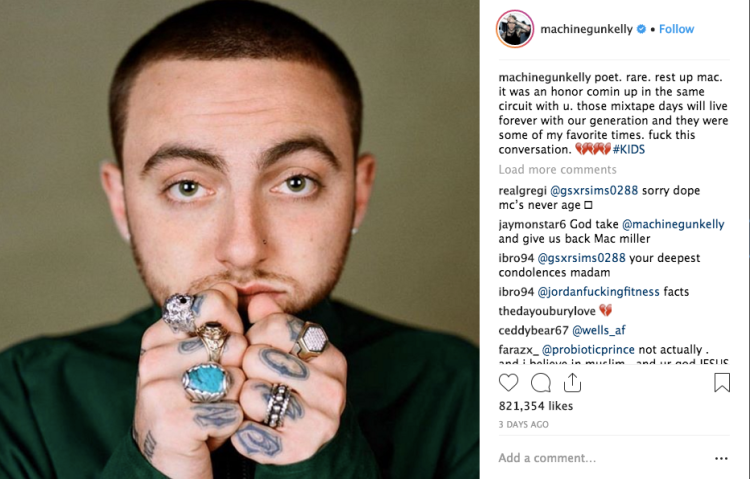 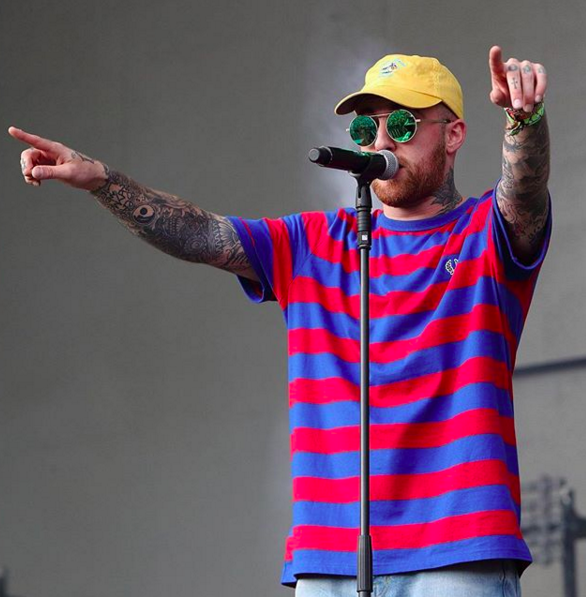 The Carters did what they know how to do so well All Summer Eighteen… make that money $$$$$!!! Their On The Run II Tour broke ticket sale records and grossed millions!

Plus in Columbia, South Carolina, the schools had to implement early dismissal on the day the OTRII tour was scheduled to take place just to prevent heavy traffic. Talk about mass hysteria! But, we’re sure the students weren’t complaining. Salud! The Carters!

And to cap off our biggest summer ’18 news stories, actor Geoffrey Owens of The Cosby Show fame got caught red-handed working as a cashier at Trader Joe’s. And believe it or not, it ended up working to his advantage! Movie mogul Tyler Perry offered Owens a recurring role on his hit show, The Have and the Have Nots. Go Figure!

See you all next summer (2019) for more hot and interesting news stories! -xoxo #BrooklynGirlCode ❤

I'm a Brooklyn girl that might take some getting used to! View more posts